Welcome to our virtual pop-up exhibit for Asian Pacific American Heritage Month. We have brought together a selection of titles available through our Libraries circulating collections. All of these titles are available for check-out directly from our stacks (when we are once again open!) or you can request them from any of our partner libraries. Each of these titles was recommended by a Penn student or alumnus.

As you scroll through the exhibit, be sure to click on the book cover image to read the full description. Clicking on the title in the description page connects you to the Libraries’ record for the book, or in the case of an e-book—directly to the text. Once you are in our catalog, click on the author’s name and you should be able to see everything we have in the collection by that author.

This is the most selective of selections! We haven’t even begun to explore the richness of the literary canon by Asian and Pacific Islander authors but instead offer you a hint of some of the authors being read on the Penn campus. Asian and Pacific Island authors are diverse in origin and background. How can you find out more? Browse our catalog, or try exploring one or more of these recent works—this is just a start—the tiniest tip of a large iceberg!

Special thanks to Sophia Song, Wharton ‘20 for her substantial contributions to this exhibit. 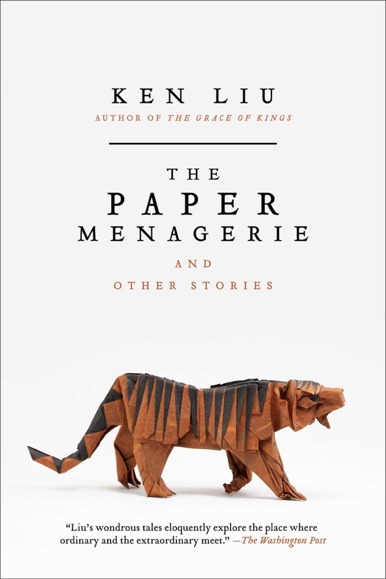 The Paper Menagerie and Other Stories is a book written by prominent Asian American author Ken Liu. It tells the story told through the lens of young bi-racial boy named Jack, who has a white father and a Chinese mother. The story tells the difficulties that Jack faces in regards to his identity, as the relationship between Jack and his mother becomes increasingly strained. It touches upon the trials and tribulations that the children of immigrants often face as a part of the immigrant story.

“The key short story of the collection really resonated with me – it discusses the cultural disconnect that happens between a first-generation immigrant and their child(ren), and it does so in such a human way that it left me tearing up and feeling all the more grateful for my own parents.” 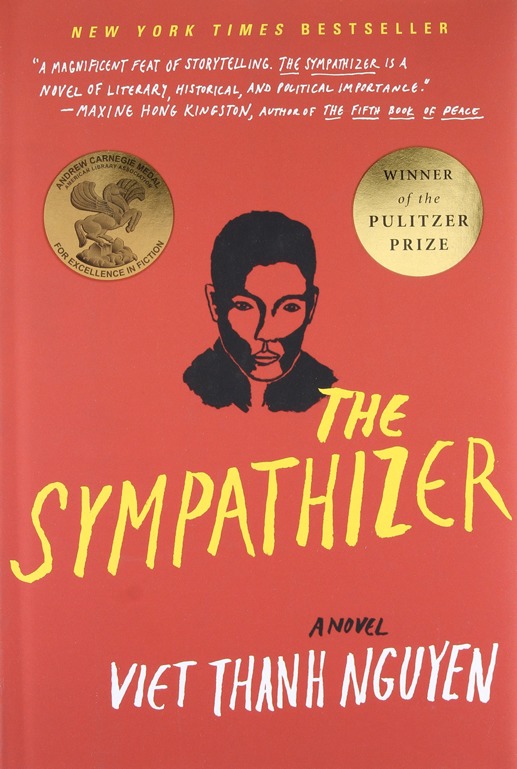 In The Sympathizer, a bemusedly yet deliberately written Vietnamese-American novel emphasizing the theme of duality through love and betrayal, Occident yet Oriental identities, and the importance or lack thereof of freedom. It gives a new perspective of what we take for granted as a right in America and sheds light on the meaning of nothing.

"I enjoyed reading this because of how deep Nguyen's writing style is and how he provides a fresh point of view into post-Vietnam War America." 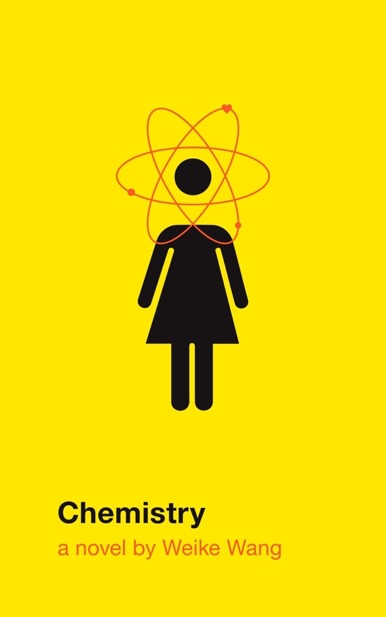 Chemistry is "written by an Asian American female author (we love those) with an uncanny ability to poignantly capture the unspoken and often overlooked feelings of growing up as an Asian American in STEM (drawing from her own life!!) Her unpretentious prose explores how years of tradition and expectations embeds itself in the way we approach life/relationships and how everything turns on its head when we start to explore what our own identity means to us.” 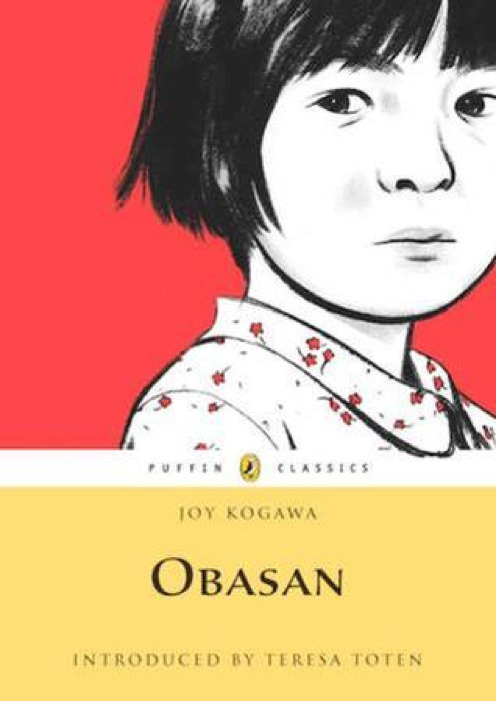 “I found [that Obasan] touches on really meaningful and nuanced themes, especially with repsect to second/third generation Asian-Canadian identities, advocation vs. voicelessness and Asian family dynamics.” 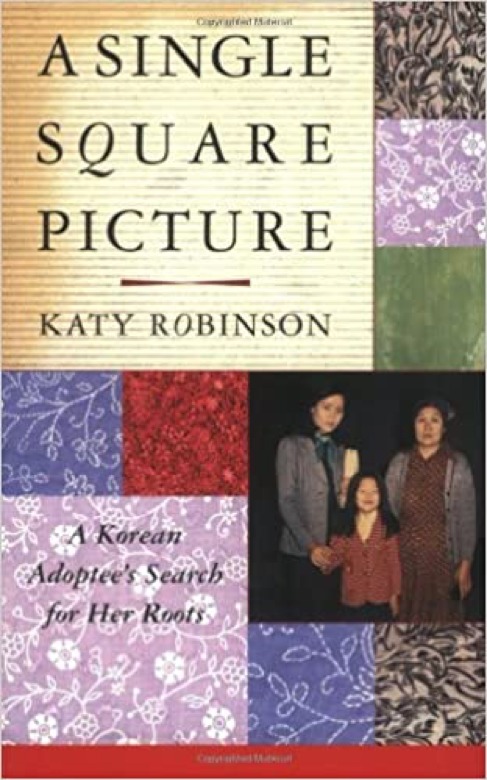 A Single Square Picture is a touching and personal story about a Korean adoptee in America who returns to her homeland to discover her "true" identity. 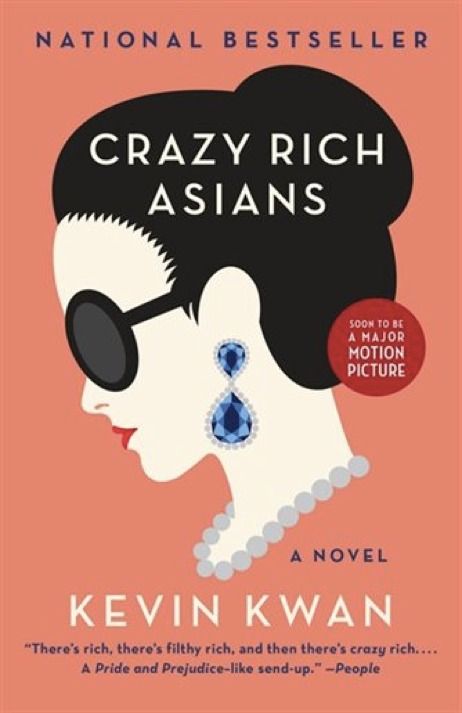 Kevin Kwan takes the reader into a world no one has ventured into, one laced with both privacy and opulence. Crazy Rich Asians gives us a tease into the life of the “über-rich” in East Asia, mansions, private planes and all their glory. It is told in the backdrop of a fictional love story between a New York college professor, raised by a single-mom, and a wealthy heir in Singapore, and how they fight familial pressures to overcome their differences.

"“I felt as though a lot of Western media portrays Asians as timid, awkward, geeky light, but Crazy Rich Asians helped them tap into their distinct culture in a very authentic sense. Also, it was nice to see how this group of wealthy Asians were able to integrate into Western society and it was just nice to have the power dynamic flipped a little. Secondly, the characters are really well developed. Nick is incredibly wealthy, but he is also very humble. They seem to portray positive stereotypes.” 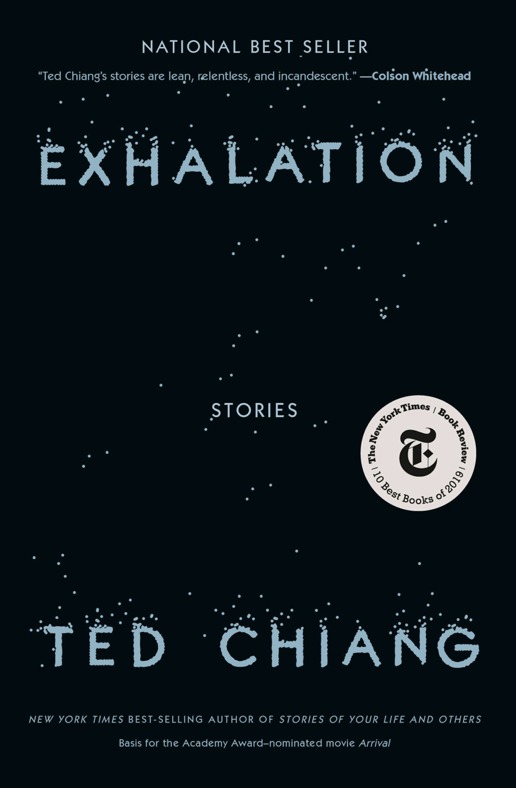 "In the epistolary Exhalation, an alien scientist makes a shocking discovery with ramifications not just for his own people, but for all of reality. And in "The Lifecycle of Software Objects," a woman cares for an artificial intelligence over twenty years, elevating a faddish digital pet into what might be a true living being. Also included are two brand-new stories: "Omphalos" and "Anxiety Is the Dizziness of Freedom." In this fantastical and elegant collection, Ted Chiang wrestles with the oldest questions on earth--What is the nature of the universe? What does it mean to be human?--and ones that no one else has even imagined. And, each in its own way, the stories prove that complex and thoughtful science fiction can rise to new heights of beauty, meaning, and compassion." (description from Penn Libraries Collection) 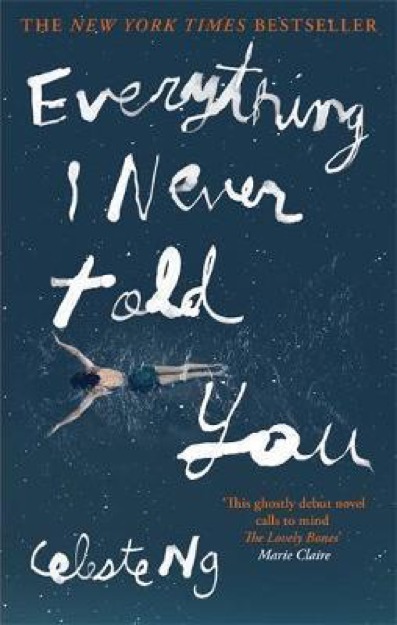 Everything I Never Told you is a book that highlights the importance of family and expectations. The story follows every member of the Lee family and tells the story of how each character overcomes the loss of a family member. This book integrates the themes of race and identity and seamlessly weaves them together to produce a touching story of a Chinese-American family overcoming grief.

“Everything I Never Told You is a story that discusses growing up and the pressures of being Asian American in America. The story centers around a family and the different ways this family is able - or unable - to express their love for one other that are profoundly shaped by their identity and experiences in America.” 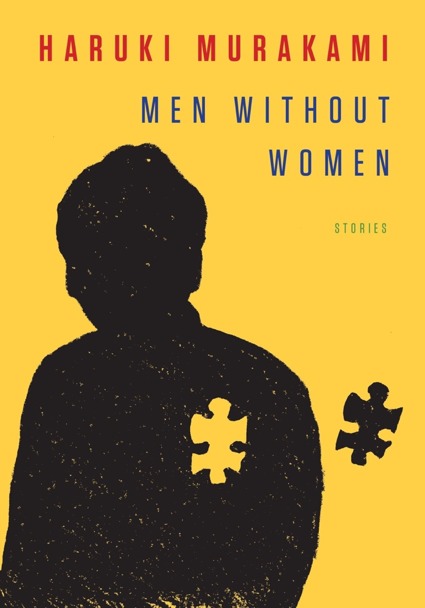 “Men Without Women, as much as some of it’s stories seem random and purposeless, is a wonderful analysis on the effect love has on individuals. There are many instances it shows the mental and physical consequences of love and lust. It also is a great way to inspect the different perspectives people have on human relationships which is personally why I chose to read it.” 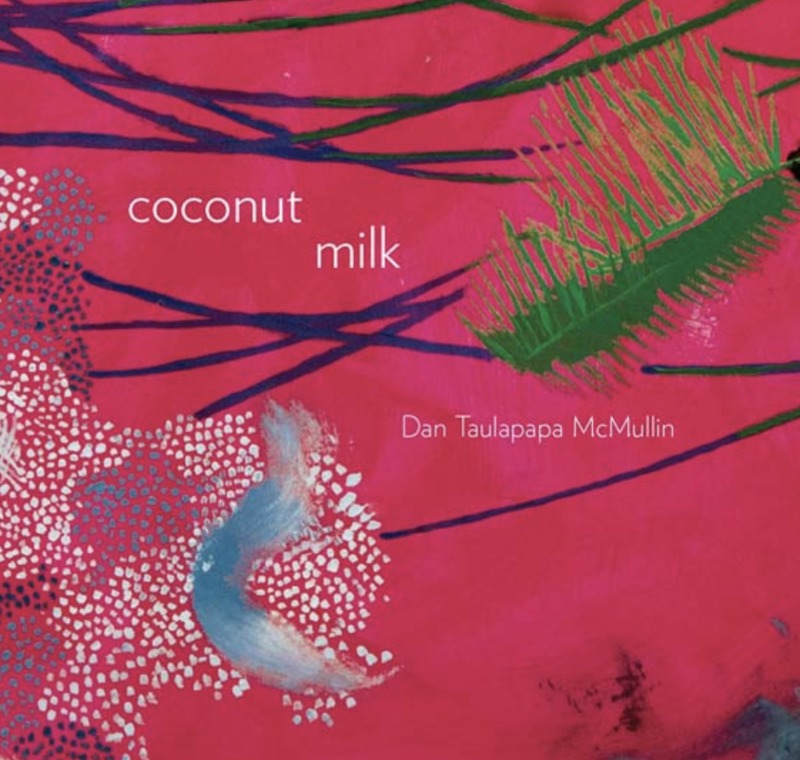 Coconut Milk is the "first collection by Samoan writer and painter Dan Taulapapa McMullin, the poems evoke both intimate conversations and provocative monologues that allow him to explore the complexities of being a queer Samoan in the United States..." (description from University of Arizona Press) 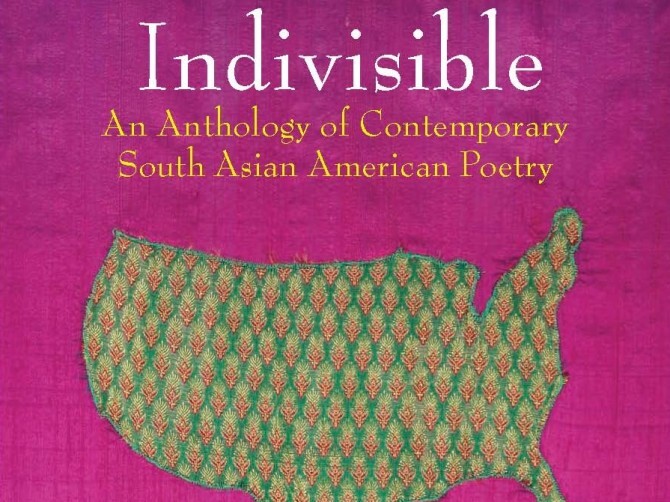 Some of the poets represented include, Meena Alexander, Agha Shahid Ali, Chitra Banerjee Divakaruni, and Vijay Seshadri. Poets in this anthology share a history of multiple languages, cultures, and faiths. Themes cross back and forth between the United States and South Asia with images from "basketball courts to Bollywood, from the Grand Canyon to sugar plantations, and from Hindu-Muslim riots in India to anti-immigrant attacks on the streets of post 9/11 America. Showcasing a diversity of forms, from traditional ghazals and sestinas to free verse, experimental writing, and slam poetry,Â IndivisibleÂ presents 141 poems by authors who are rewriting the cultural and literary landscape of their time and their place. Includes biographies of each poet." 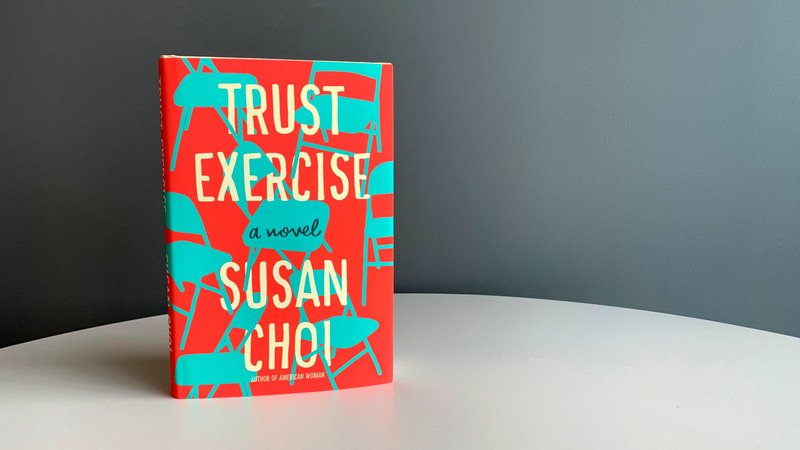 "A recent book by an Asian American author which I loved was Susan Choi's Trust Exercise, which won this year's National Book Award. Reviews for this book have been quite polarized, and when I read it with my English class last semester I was the only one who initially liked it (I managed to talk some of my classmates into it), but I found the execution of the book to be worth it, even if it is eccentric to say the least.

I liked how Trust Exercise studied the potential for the abuse of power between mentors and their students from within the head of a student under one's thrall. The analysis of the character who institutes the trust exercise unfolds from multiple angles throughout the book, and the feeling of slowly gaining access to each layer of understanding is both satisfying and tantalizing. Additionally, Choi's narrative style is similarly slow and methodical, but rewardingly insightful. Even if it ends with dislike, I recommend this book for the experience of reading it and letting Choi construct her story around you." 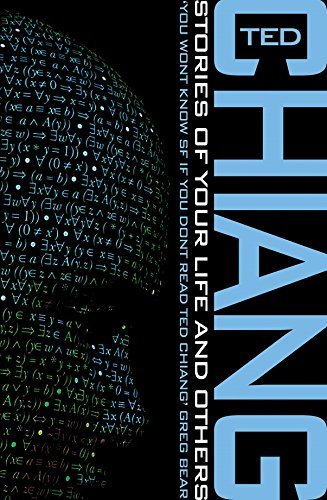 "One of my favorite books is "Stories of Your Life and Others," a science fiction short story collection by Ted Chiang. This may be oddly specific, but science fiction short stories are probably my favorite things to read, and Ted Chiang's are easily some of the best I have ever read. His writing is beautiful and graceful and elegant and always about really interesting premises, which are unique and well-thought-out and make me as the reader also pause to consider the implications of what his stories are saying. Perhaps his most famous short story is the titular "The Story of Your Life", which the 2016 movie Arrival was based on, and which is about a linguist whose exposure to the language of an alien species who perceives time simultaneously allows her to see her life in the same way."

The Routledge Companion to Asian American and Pacific Islander Literature