Kevin Kwan takes the reader into a world no one has ventured into, one laced with both privacy and opulence. Crazy Rich Asians gives us a tease into the life of the “über-rich” in East Asia, mansions, private planes and all their glory. It is told in the backdrop of a fictional love story between a New York college professor, raised by a single-mom, and a wealthy heir in Singapore, and how they fight familial pressures to overcome their differences.

"“I felt as though a lot of Western media portrays Asians as timid, awkward, geeky light, but Crazy Rich Asians helped them tap into their distinct culture in a very authentic sense. Also, it was nice to see how this group of wealthy Asians were able to integrate into Western society and it was just nice to have the power dynamic flipped a little. Secondly, the characters are really well developed. Nick is incredibly wealthy, but he is also very humble. They seem to portray positive stereotypes.” (Penn Student)

Recommended by a Penn student 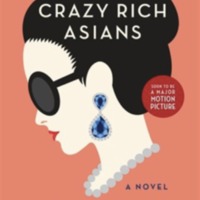